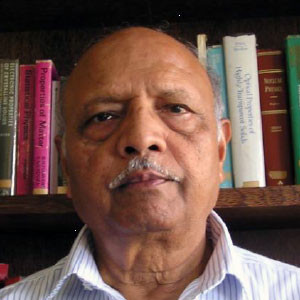 Vijayendra Garg obtained his Ph. D. degree in condensed matter physics - Mössbauer spectroscopy at the Institute of Technology, Roorkee, India (1971) under the supervision of  Professor Satya Pal Puri. In June 1972, he moved to the Institute of Physics of University of Brasilia and retired as a title of professor in September 2001.

Continue to work as a Senior research scientist (honorary) at the Institute of Physics,  University of Brasilia where  he is responsible for the Mössbauer laboratory of the Institute.

Currently, his laboratory is focused on studies of SPIONs.