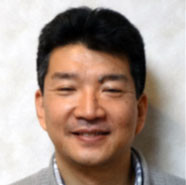 Dr. Satoshi TSUTSUI received his Ph.D. degree from Osaka University in 1999.  He had a post-doctoral position at Advanced Science Research Centre of Japan Atomic Energy Research Institute from 1999 to 2001. Dr. Tsutsui has been a researcher at Japan Synchrotron Radiation Research Institute, SPring-8 (JASRI/SPring-8) since 2001.