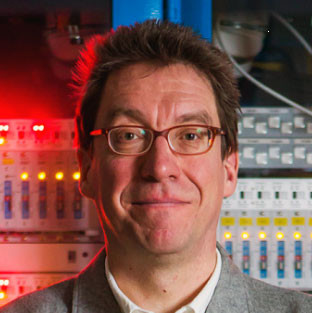 Ralf Röhlsberger received his Ph.D. from the University of Hamburg.

After completing a postdoctoral appointment at the Advanced Photon Source, he was scientific assistant at the University of Rostock where he habilitated in 2002. In the same year, he received the innovation award “Synchrotron Radiation” of BESSY (Germany).

After an interim professorship at the Technical University of Munich, he has been a senior scientist at DESY at Hamburg (2003-present). He was also a deputy leader of the Experimental Facility Division at the PETRA III synchrotron radiation source project.