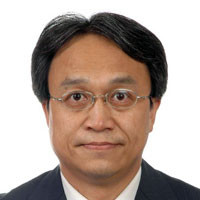 He received the Ph.D. in inorganic and radiochemistry from Toho University, Japan (2002). He started his scientific career as a research scientist at the Institute for Conservation of Cultural Properties of Dunhuang Academy, China in 1991.  He was a guest researcher at Tokyo National University of Fine Arts and Music (1994-1996).

He was also a research fellow at the National Institute for Materials Science (NIMS) and National Institute of Advanced Industrial Science and Technology (AIST), Japan (2002-2004). In 2004 he was appointed as a associate researcher at LSST, Chukyo University and as a senior adviser at the Nonami Science, Japan.  He has been  Secretary General, Mössbauer Effect Data Center and an editor of Mössbauer Effect Reference and Data Journal (2010-Present).