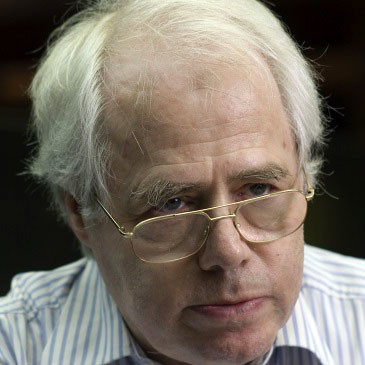 Dénes L. Nagy is a Research Professor Emeritus of the Wigner Research Centre for Physics, Hungarian Academy of Sciences, Budapest. He graduated from the Eötvös Loránd University in Budapest in 1967 as a physicist.

After his diploma, already made in Mössbauer spectroscopy, he joined the Central Research Institute for Physics (KFKI) of the Hungarian Academy of Sciences, one of the successors of which he is affiliated even today. His main research tool remained Mössbauer spectroscopy including nuclear resonance scattering of synchrotron radiation. Since 1998, he has been also Professor at the Institute of Physics of the Eötvös Loránd University (superannuated since 2013).

From 1973 to 1995 he spent altogether almost six years in G. Ritter’s group at the University Erlangen–Nürnberg starting as the holder of a DAAD scholarship and concluding as a DFG Guest Professor. In 1991, he was Guest Professor of the Technical University of Darmstadt. In 2014, he was Visiting Professor of the Mössbauer Effect Data Center, Dalian Institute of Chemical Physics, Chinese Academy of Sciences.
He is author of 216 scientific papers including several book chapters.

He has served and is serving on many international, European and national committees and has been Chair of IBAME, which he is currently an Advisory Member.